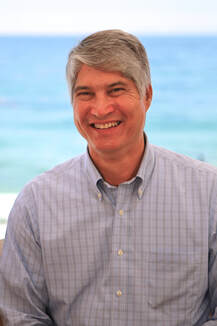 Douglas Carstens, managing partner, is a graduate of Cornell University and UCLA Law School. Prior to attending law school, he served for five years as an officer in the Navy. During law school, Doug was awarded a Joseph Drown Foundation Fellowship to work at the Lands Section of the California Attorney General’s office, and worked as a legal clerk at a business and entertainment litigation firm.

Doug has extensive experience in environmental, land use, municipal, and natural resource matters. He was a member of the Long Beach Naval Complex Restoration Advisory Board overseeing the implementation of the Base Realignment and Closure Act process for the Long Beach Naval Station and Shipyard. Doug has also written articles and lectured on CEQA, water quality, public trust, and historic resources issues.

Doug has been extensively involved in all of the appellate litigation handled by Chatten-Brown, Carstens & Minteer. He was lead counsel on the CEQA cases Uphold Our Heritage v. Town of Woodside and Committee to Save the Hollywoodland Specific Plan v. City of Los Angeles, among others.

He has been a Southern California Super Lawyer (reportedly representing the top 5% of lawyers) for environmental law since 2009. He is admitted to practice in California, all federal courts in the State of California, and the United States Ninth Circuit Court of Appeals.