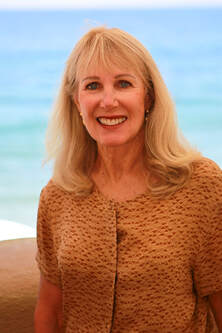 Jan Chatten-Brown has practiced almost exclusively in the area of environmental law, natural resources, land use, and municipal law since she graduated from UCLA Law School in 1971.  She has been named by the Daily Journal – the State’s Legal Daily newspaper – as one of the Top 100 Women Litigators in California.  Since 2005, Jan has consistently been identified as a “Super-Lawyer,” selected by peers as being in the top 5% of lawyers in Southern California.

For the first twenty-one years of Jan’s practice, she worked in various public law offices.  She served in the California Attorney General's Environmental Unit in the early 70's; organized the first environmental prosecution program in the country in a local prosecutor's office in 1984; and served as Special Assistant for Occupational Safety & Health and Environmental Protection to the Los Angeles District Attorney from 1984-1992.

While employed by the City of Los Angeles for over ten years, Jan advised the City on compliance with various environmental laws and managed a pro-active environmental protection program.  While Special Assistant to the Los Angeles District Attorney and Senior Assistant Los Angeles City Attorney, she had substantial litigation experience and experience before administrative agencies and in drafting and commenting upon significant federal, state and local legislation and regulations.

Jan has been extensively involved in all of the appellate litigation handled by CBC.  She was lead counsel before the California Supreme Court, where the firm prevailed in the important California Environmental Quality Act case of Save Tara v. City of West Hollywood, which involves the timing of environmental review.

In addition to practicing law, Jan currently serves as President of the Planning and Conservation League.  She also served as President of the Sierra Nevada Alliance, and the Coalition for Clean Air.  She was the Southern California Gubernatorial appointee to the California Tahoe Regional Planning Agency during the time when their Regional Plan was being developed, which was widely considered one of the most innovative of its time.  She has taught environmental law at UCLA, and Land Use Law at USC Law School.  She frequently writes and lectures on the subject. She has testified twice before Congress, and frequently appears at local, state, and national bar programs, and business and public interest conferences and is a frequent presenter on CEQA at continuing education programs.  Jan also served as Chair of the State Bar Committee on the Environment (before it became a Section of the Bar). She was the winner of the first “Rivey” award by Friends of the Los Angeles River for her leadership in making the dream of a park at the Chinatown Cornfield and Taylor Yard come true; received an award from the Regional Water Quality Control Board for the same work; received an award from the State Parks Foundation for her work on the Los Angeles Historic State Park; and received an award from the Los Angeles Conservancy for her work with the Griffith Land Trust in obtaining cultural landmark designation for Griffith Park.